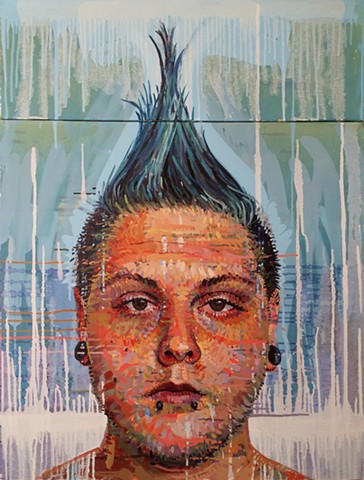 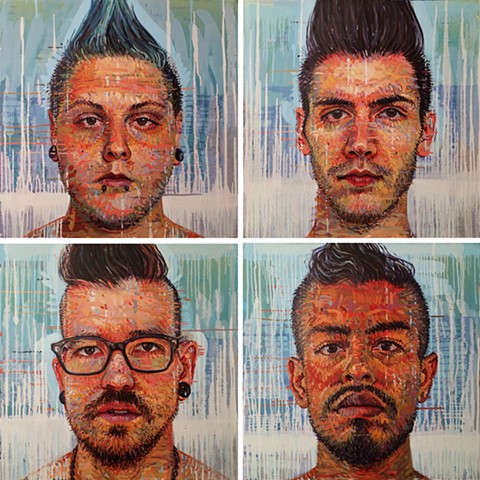 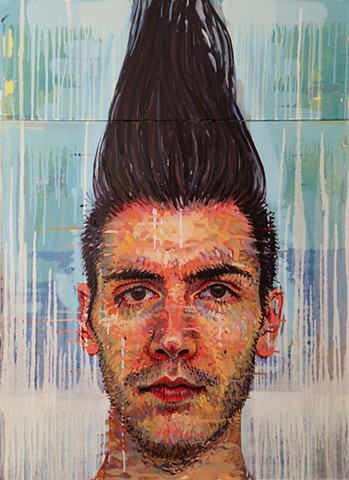 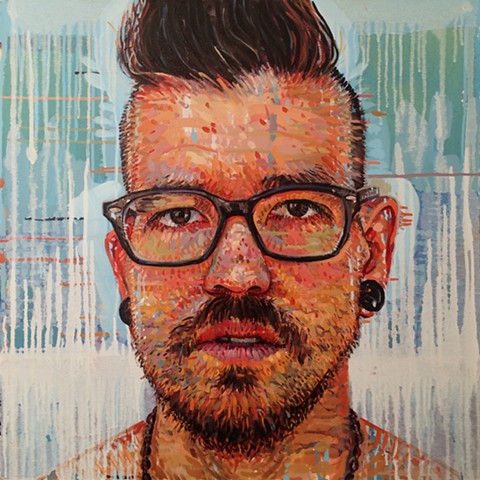 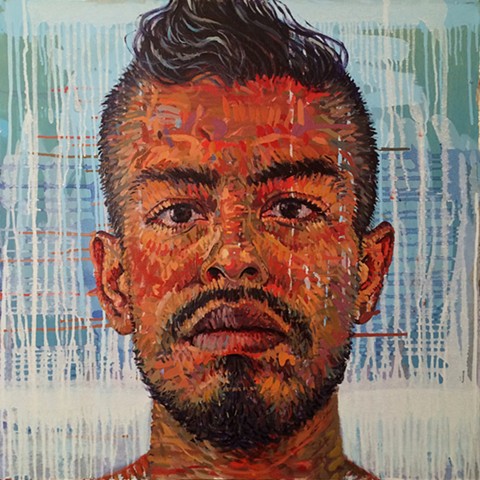 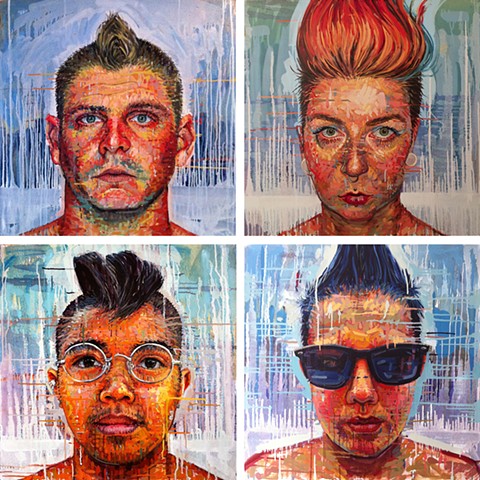 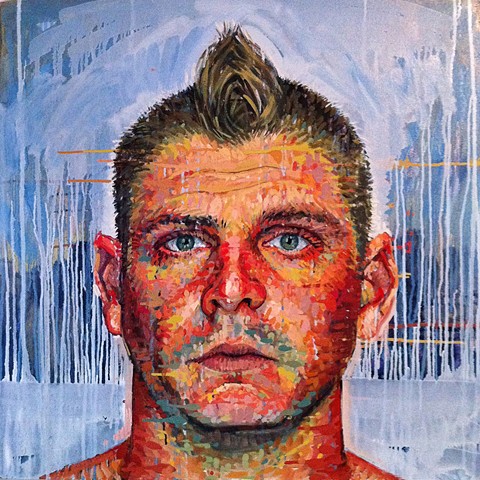 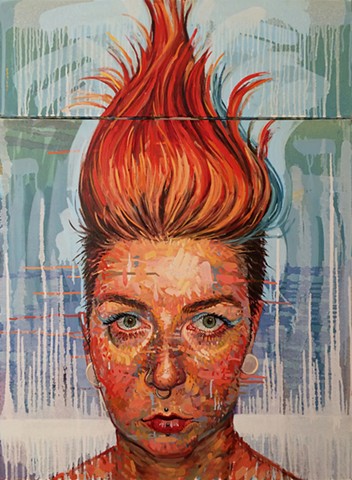 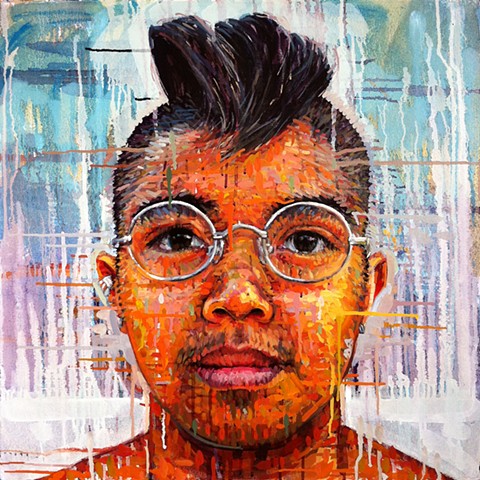 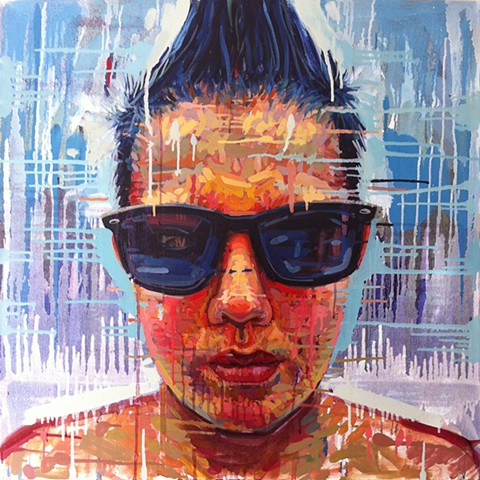 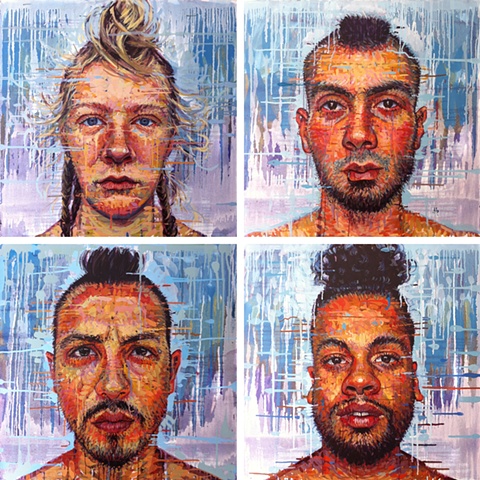 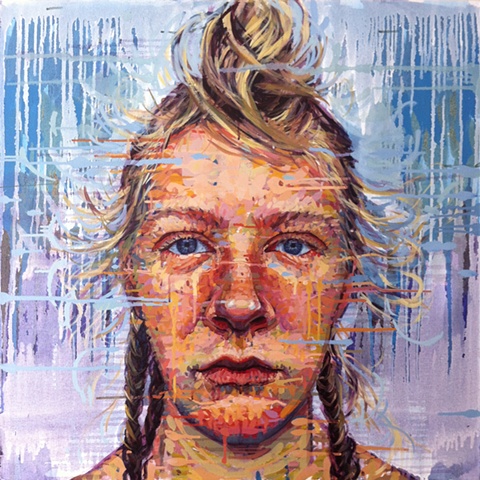 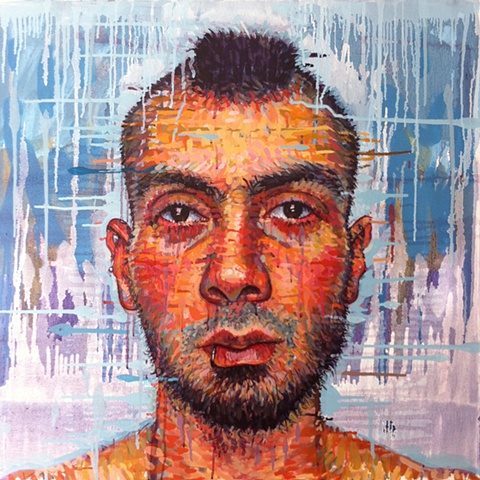 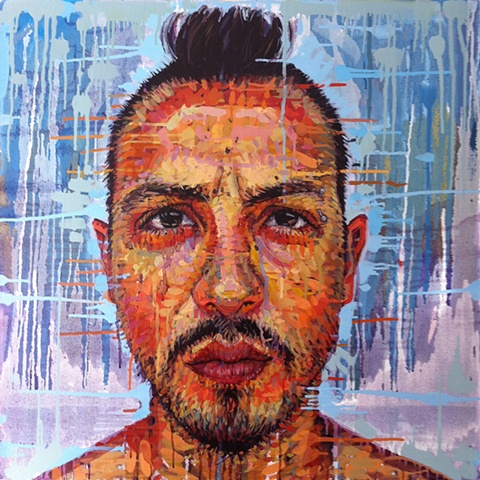 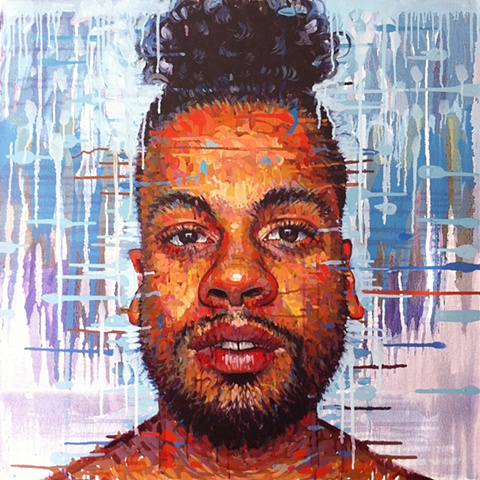 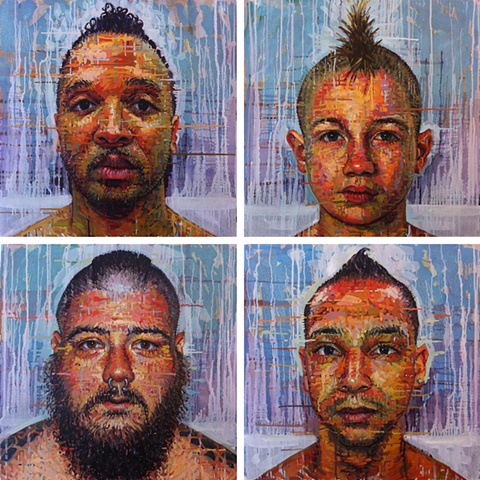 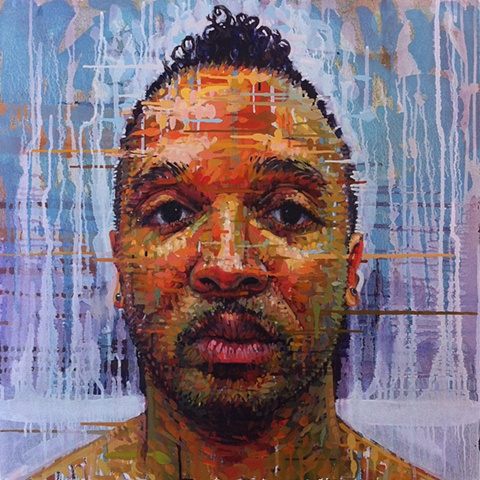 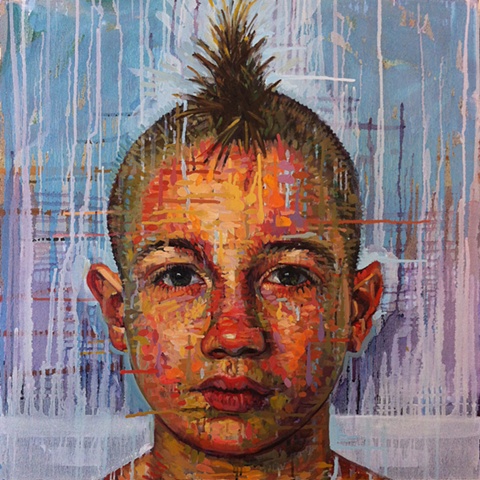 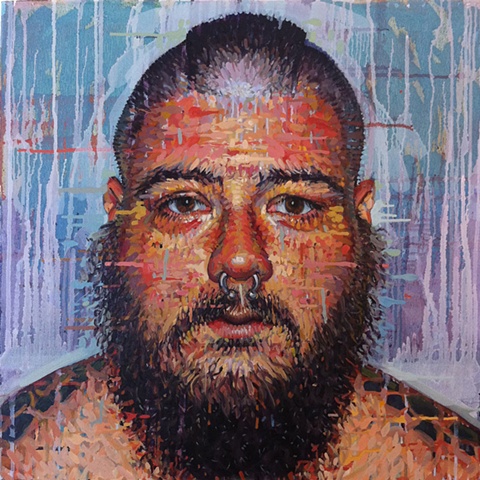 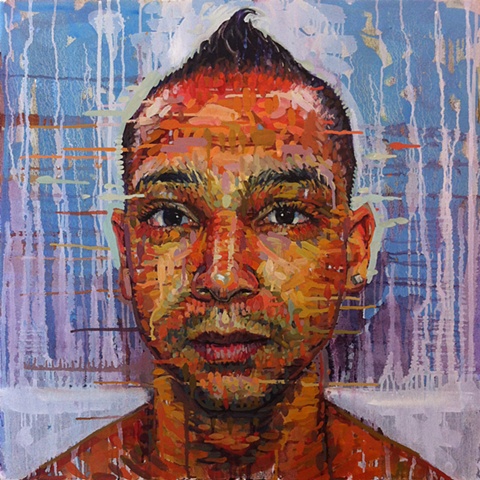 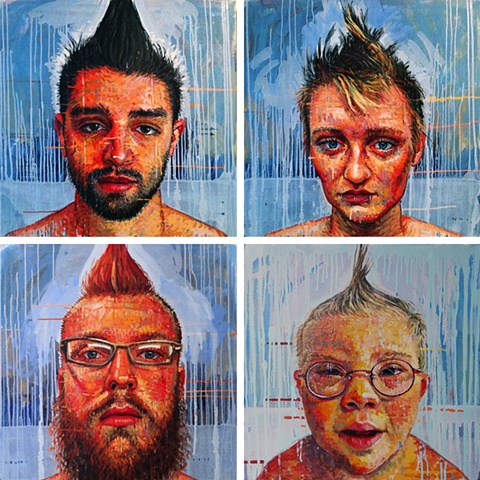 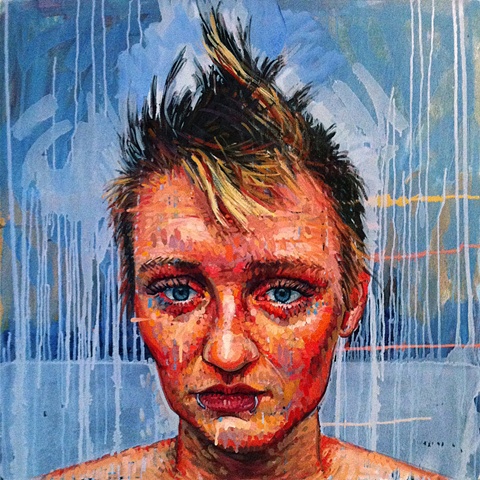 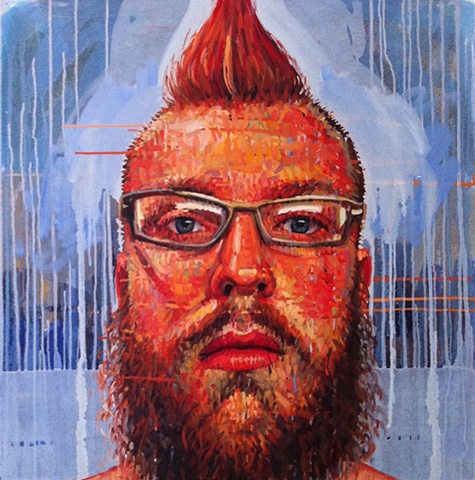 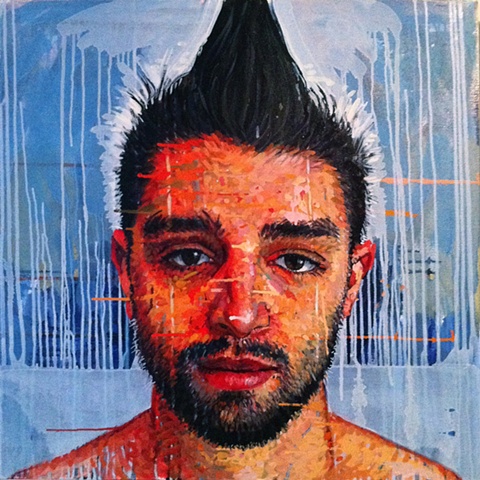 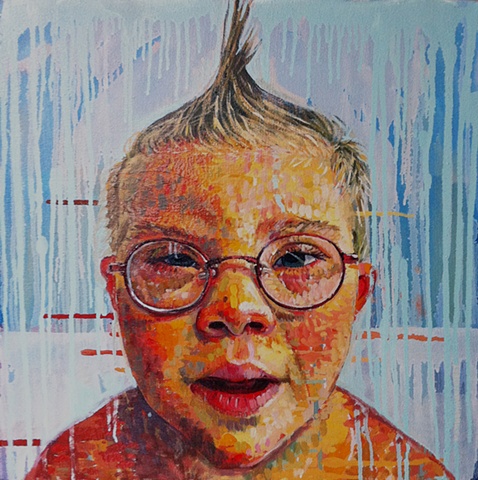 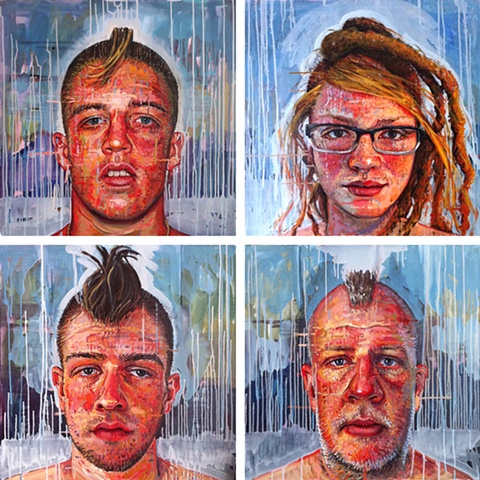 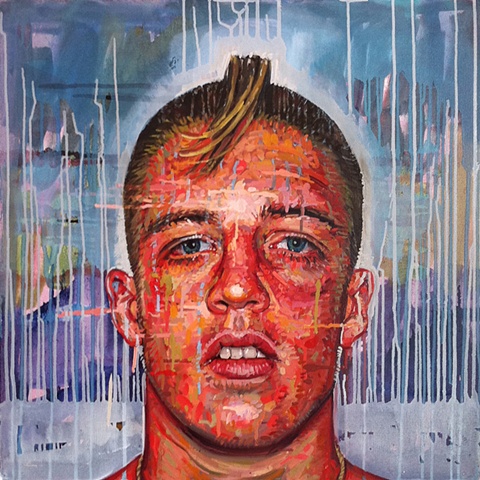 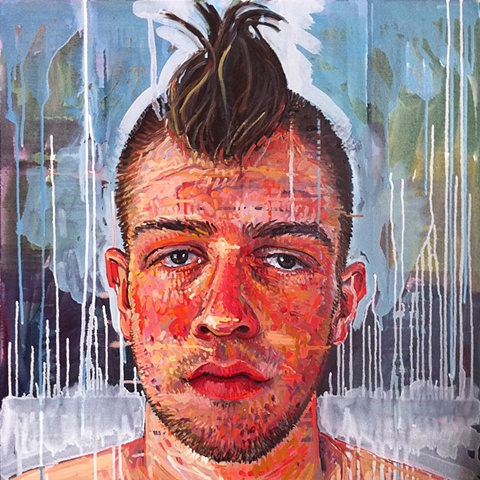 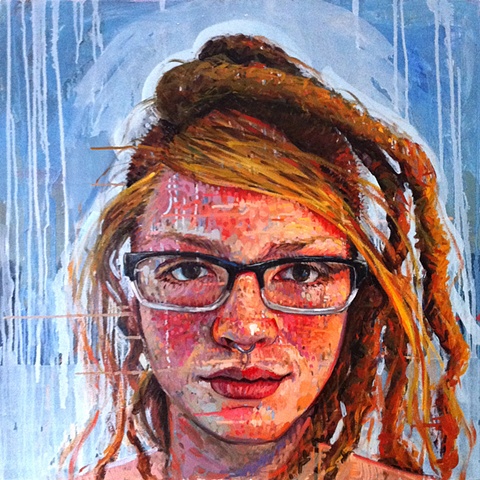 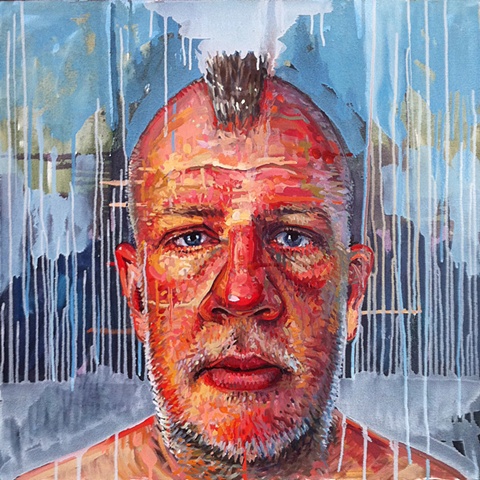 I started this series having just cut my hair into a mohawk as a way to identify with my two sons who had both done the same; one who had just left home for college and one who was just about to. It was in defiance of my having to let them go; my little rebellion of becoming an empty nester, however slow the process.

I connected this transitional phase of my sons growing up and declaring their manhood or adulthood or their independence to a moment in my childhood when my older brother, Jammer, died in a car accident at the age of 19 (I was 15). 5 days before his death, he cut his hair in a completely punk rock mohawk style which completely shocked my parents and the small town of St. Johns, Arizona. The shock of his "extreme" hairstyle now seems a ridiculous and casual preface to the shock of his death we experienced just a few days later … a kind of "pre-echo". ”Remember when Kevin cut his hair in a Mohawk” … is now always followed by the silent recognition of his violent death just a few days later. They are forever synonymous in my recollection.

I have seldom given mohawks much thought since then until, recently when my sons cut their hair in the form of a mohawk. Now I see his face everywhere nearly 30 years later in the occasional face of someone sportin' a mohawk on the streets ... a reminder of him or lack thereof in my immediate presence. Its arresting to see an unfamiliar face become recognizable and familiar and intimate though foreign. Its startling how time bends ... and pain and joy re-surfaces and wraps the past toward the immediate present. Its surreal how a memory can place you back into a location though miles away.